In 2021, our goal is to get representation and accessibility on our united states currency, our United States currency, first by confirming Harriet Tubman as the new face of the $20 bill and other diverse banknotes, concurrent with providing accessibility features for the visually impaired, into circulation within this administration's tenure. The time is now.

Will you help change the face of money?

More Ways to Get Involved:
Attend a Currency Conversation | Why Harriet| Reading List 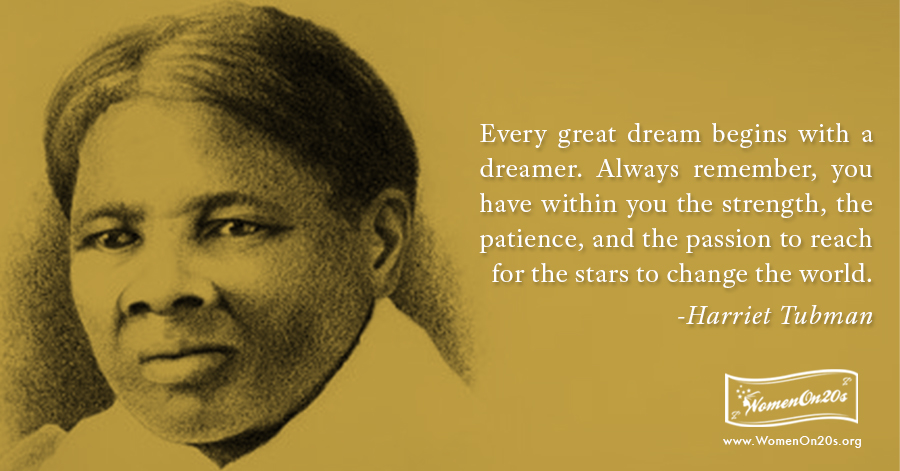 Given the overwhelming support we received in our historic 2015 poll, the continued public support, and understanding more about her since then, we remain passionately committed to advocating for Harriet Tubman on the $20. In fact, because of this 6 year journey, we can see even more reasons why the choice our voters made, was the right choice and hope that you stay the course with us until the mission is complete.

We know the President Biden's administration is listening. 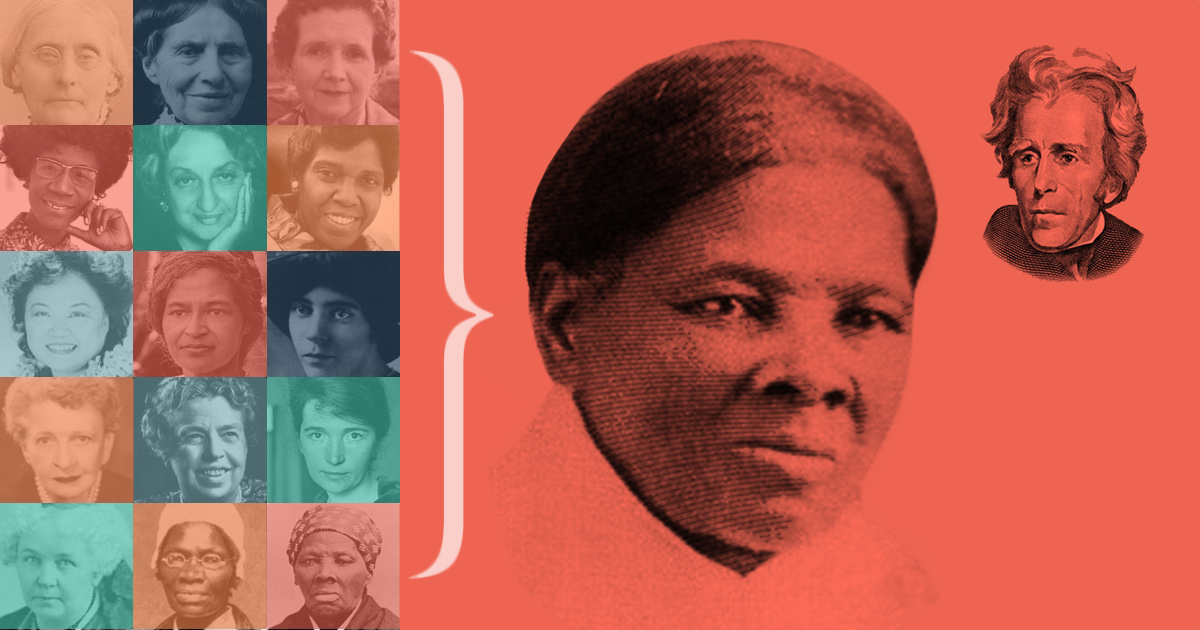 Our grassroots mission to get a “noteworthy” woman onto our $20 began in 2015. We thought that the history portrayed on our banknotes by only old white men was incomplete and that women needed to be represented on our currency to tell our full history. We asked the public who they wanted to see on our $20 bill and in 10 weeks, we had over 600,000 voters making hard choices of who would fill that one vacancy on the $20. Tubman succeeded in every round of voting.

Our Women On 20s campaign also sought to honor women on the $20 by 2020 to recognize the centennial anniversary of the 19th amendment, theoretically giving women the right to vote. Few people today know the suffering of the suffragists which included beatings, imprisonment, and public humiliation. And it felt like such a recent development in the history of the country that women were considered worthy enough to have a vote and a say in government we wanted to call attention to this anniversary.

Thank you for our democracy, Harriet Tubman.

Because W20 is a grassroots movement, we look at our physical money a little differently now.  What thoughts did people have seeing the faces depicted on our currency before we started talking about changing the faces?  Many people never thought too much about it, but rather have been simply indoctrinated to believe that these white men did exemplary things for this country and were therefore given this position in the money hall of fame. The overriding message has been, white men built our country and therefore our country’s history is centered on them. Another more honest history lesson we now will have centers the people who built our country with their toil, like Harriet Tubman.

"By embracing the image of Tubman on the $20 bill we recognize her, and the formerly enslaved Black people whose labor helped make America truly wealthy, as architects of our flawed democratic experiment." - Dr. Peniel Joseph

While Tubman was a suffragist, we all know her for so much more. She died in 1910, before the passage of the amendment, but had she lived, we realize that she was likely to be denied that right as most Black women were until the voting rights act of 1965. When we think of the suffrage movement and of Tubman on the $20, we are reminded of how women of color were essential in making those laws. And we are also reminded that voting rights are fundamental.

The Women on 20s Store