W2O: The Elements of Equality

Women On 20s is a non-profit, grassroots organization which aims to compel historic change by convincing President Obama that now is the time to dedicate the $20 bill exclusively to women. 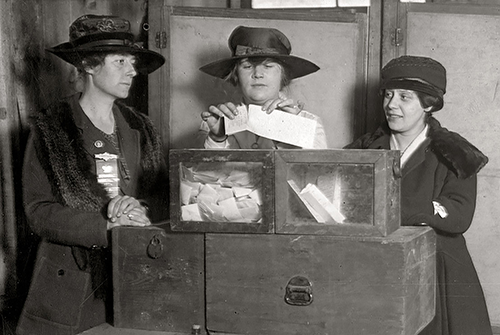 To first meet this mission, we used an online election with two rounds of voting to let the public choose a nominee for the new $20. Over a period of 10 weeks, more than 600,000 people cast votes and Harriet Tubman emerged as the winner to be the new face on the $20 bill. We also received endorsements for our mission daily in the media and around the world. On May 12, 2015, Women On 20s presented a petition to President Obama and the Treasury Department informing them of the results of the election and our many endorsements, encouraging them to use their authority to make this change in time to have a new bill in circulation before the 100th anniversary of women’s suffrage in 2020.

While we could deem our mission successful with the Treasury Department’s announcement that a woman would be featured on currency just a month after our campaign , they selected the $10 bank note not the $20, so we aren’t quite satisfied. And since it won’t quite be in circulation for 2020, and that woman will be sharing the denomination, we feel we still have work to do.

Women On 20s remains dedicated to the mission of influencing the creation of a new $20 bearing a woman who shaped our country and related themes. This mission is inspired by the following ideals: