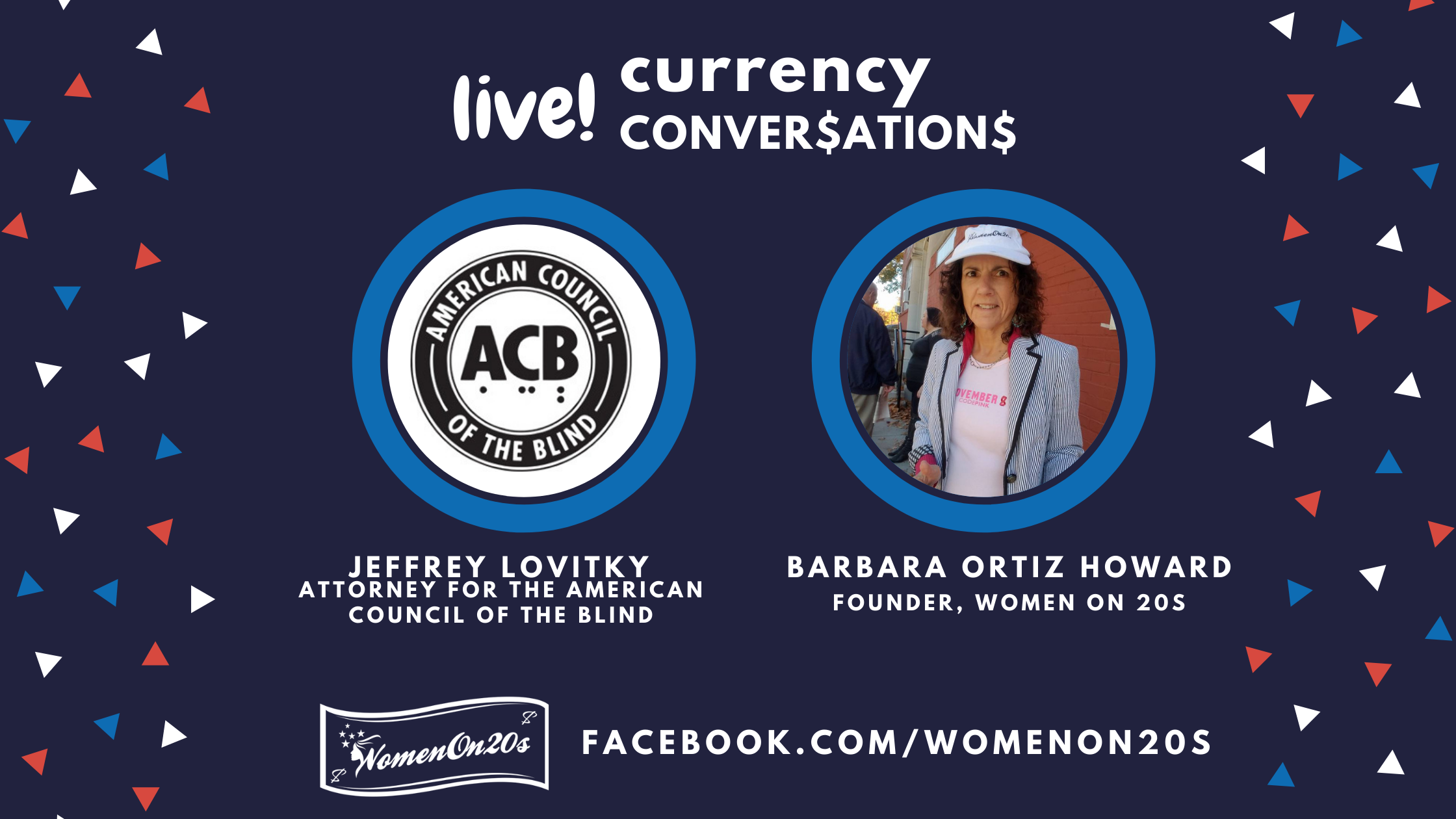 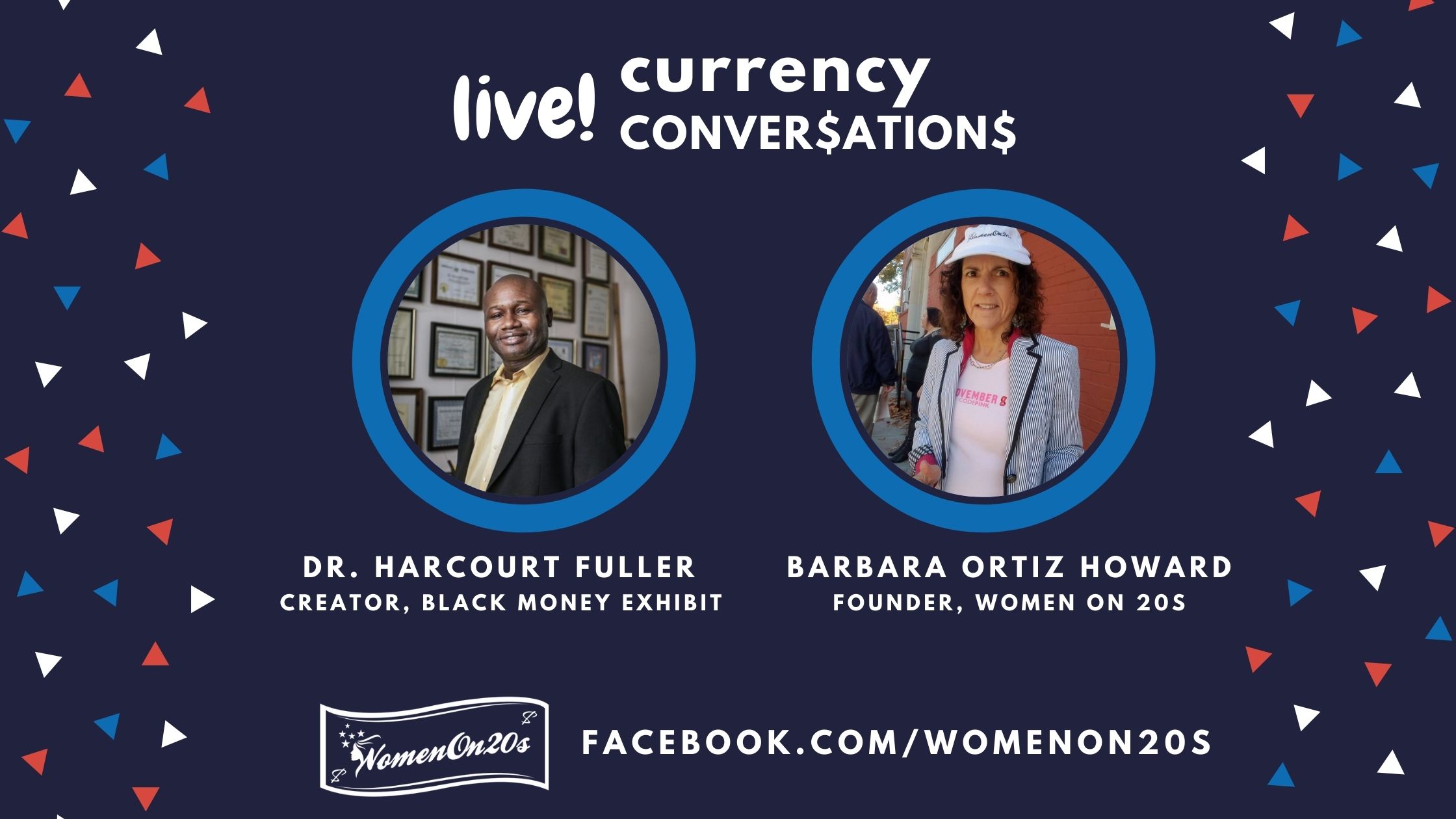 This movement began 6 years ago. Learn about the journey, America's engagement and how communities and leaders feel today about changing the faces of our currency.

Cosmopolitan: The Change to the $20 Bill Is Both Thrilling and Disappointing

Letter to Secretary Yellen: Support for Tubman on $20 and inclusion of accessibility feature

Washington Post: Keep Harriet Tubman – and all women – off the $20 bill

Battle Creek Enquirer - Will Sojourner Truth and other women still be on the $10 bill?

WHEN THEN-TREASURY Secretary Jack Lew decided in 2016 to put Harriet Tubman on the $20 bill, he knew it would be up to the next administration to implement the change. But it seemed highly unlikely that anyone would upend a plan to honor this great American hero with a currency redesign that would also include depictions of historic events such as the suffragist march on Washington. “I don’t think somebody’s going to probably want to do that — to take the image of Harriet Tubman off of our money? To take the image of the suffragists off?” Mr. Lew said incredulously.

No one can blame him for a failure to imagine that any future administration would be so petty and narrow-minded as to go out of its way to thumb its nose at women, minorities and history. Treasury Secretary Steven Mnuchin disclosed to Congress on Wednesday that redesign of the $20 bill to include an image of the former slave and leader of the Underground Railroad, slated for next year to mark the 100th anniversary of women’s suffrage in the United States, has been pushed back to 2028. Tubman was selected following a massive grass-roots campaign to include a woman on U.S. paper currency.

The explanation Mr. Mnuchin offered for the delay — the need for more time for “counterfeiting issues” — would be laughable if it were not so insulting. Are we really expected to believe that the administration, one that boasts about its can-do capabilities, needs eight more years to implement a new design? If indeed counterfeiting matters are the primary reason for currency design, shouldn’t you start with the $20 bill, since it is one of the most widely circulated?

FROM THE NEW YORK TIMES

Plans to unveil the Tubman bill in 2020, an Obama administration initiative, would be postponed until at least 2026, Mr. Mnuchin said, and the bill itself would not likely be in circulation until 2028.

Until then, bills with former President Andrew Jackson’s face will continue to pour out of A.T.M.s and fill Americans’ wallets.

Mr. Mnuchin, concerned that the president might create an uproar by canceling the new bill altogether, was eager to delay its redesign until Mr. Trump was out of office, some senior Treasury Department officials have said. As a presidential candidate in 2016, Mr. Trump criticized the Obama administration’s plans for the bill.

U.S. government officials say Treasury Secretary Jack Lew could release early images of redesigned $5, $10 and $20 bills in an effort to pressure the Trump Administration away from reversing their plans.

But doing so, officials fear, could give counterfeiters a running start and could ultimately hurt plans to add a woman to front of the currency.

The Treasury Department has not confirmed that there are any current plans to release early renderings of the design, but officials inside and out of the Obama Administration have said the decision is ultimately up to the Secretary. Officials say that security should be the determining factor in any such plan.

Here at Women On 20s, an organization we formed to advocate for putting a woman on the $20 bill, the messages of congratulations have been coming in at a fast clip. Treasury Secretary Jacob Lew, according to news reports, will soon announce plans to leave Alexander Hamilton on the front of the $10 bill and put a woman's portrait on the face of the $20, booting Andrew Jackson instead.

We have tried over many months to get your attention, most recently in an email two weeks ago, to express our concern that the opportunity to make history with real, meaningful change may be slipping away. We say this not just as Women On 20s, but as representatives of the two million people who have participated in some way in our campaign over the past year. No one is more attuned to the will of the people on this issue than we are. Tens of thousands of people still interact with our website and social media pages on a weekly basis. And barely a day goes by that we do not get a press inquiry seeking our perspective. On the day of your announcement last June we similarly had our finger on the nation’s pulse and we sensed right away that the choice of changing only the $10 would draw strong public criticism. Now we see trouble brewing again.

After your appearance on Charlie Rose, we carefully parsed your words, and we fear that you believe the public will be satisfied with giving women nothing but a cameo role on the back of a minor bill. It will take a microscope to see who those individuals are, and we’ll be left with another decade or more of woefully inadequate representation of women and their worth.

At issue is the fate of Hamilton, a founding father Lew describes as a personal hero who served as the nation’s first Treasury Secretary and recently enjoyed pop culture celebrity as the star of a hit Broadway musical. In early 2015, the Treasury department sent a memo to the President proposing to put a woman as the portrait on the $10 bill, while recommending that the design also honor Hamilton’s legacy. Last summer, Lew launched a public campaign to ask citizens to send in recommendations for which woman should hold this new place of honor.

When we started “Women on 20s” a year ago to engage the nation in replacing Andrew Jackson with an iconic American woman on the $20 bill, we never imagined that Alexander Hamilton would be pleading for his life in a redesign of the $10 note. But now Lin-Manuel Miranda, the star who plays Hamilton in his own eponymous hit Broadway musical, is celebrating an assurance from Treasury Secretary Jacob Lew that Hamilton is safe. As Mr. Miranda tweeted to his followers, Lew told him, “You’re going to be very happy.” But will the redesign make women happy?

From the New York Times:

So the $10 note became the vehicle for an administration eager to make a historic statement about women before President Obama leaves office. Despite the complaints, officials say, they cannot switch bills.

Yet they might have better anticipated the blowback, critics say.

Even before Mr. Lew announced last summer that a woman would be on the $10 bill, a group called Women On 20s inspired Senator Jeanne Shaheen, Democrat of New Hampshire, and others in Congress to introduce legislation calling for a woman’s portrait on the 20. The National Organization for Women got behind the campaign, according to Terry O’Neill, president of the group.